DogSeed.com
Home Dog Stories Neglected Dog By The Highway Cannot Be Identified Because Of His Heavily...
Advertisement 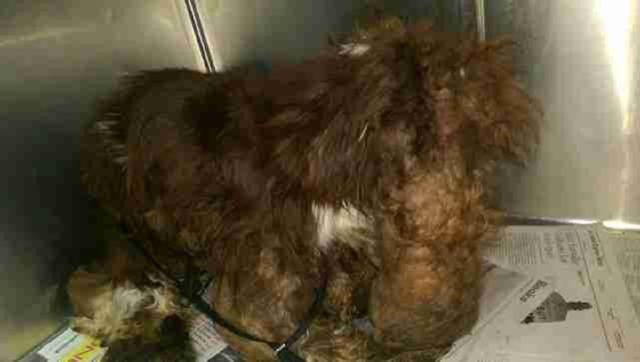 Officers were astonished after responding to one call concerning an animal that was brawling in the midst of a busy road in San Antonio, Texas.

Found was a creature that cannot be identified in one look.  Its fur was heavily matted, none could tell what kind of animal it was nor can anyone identify its gender. 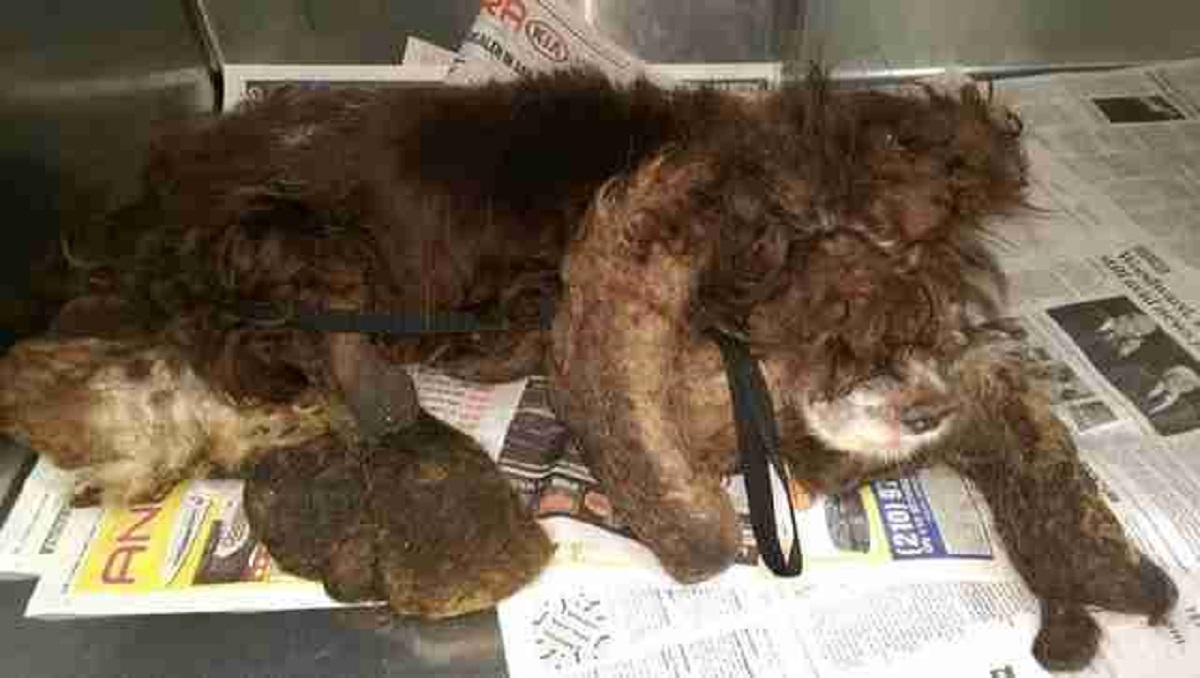 After a closer look, they determined that what they just found was a dog.  Obviously neglected and in a bad shape, the officers hurriedly took the dog to the San Antonio Animal Care Services.  The veterinary team worked their way providing care to the poor dog. 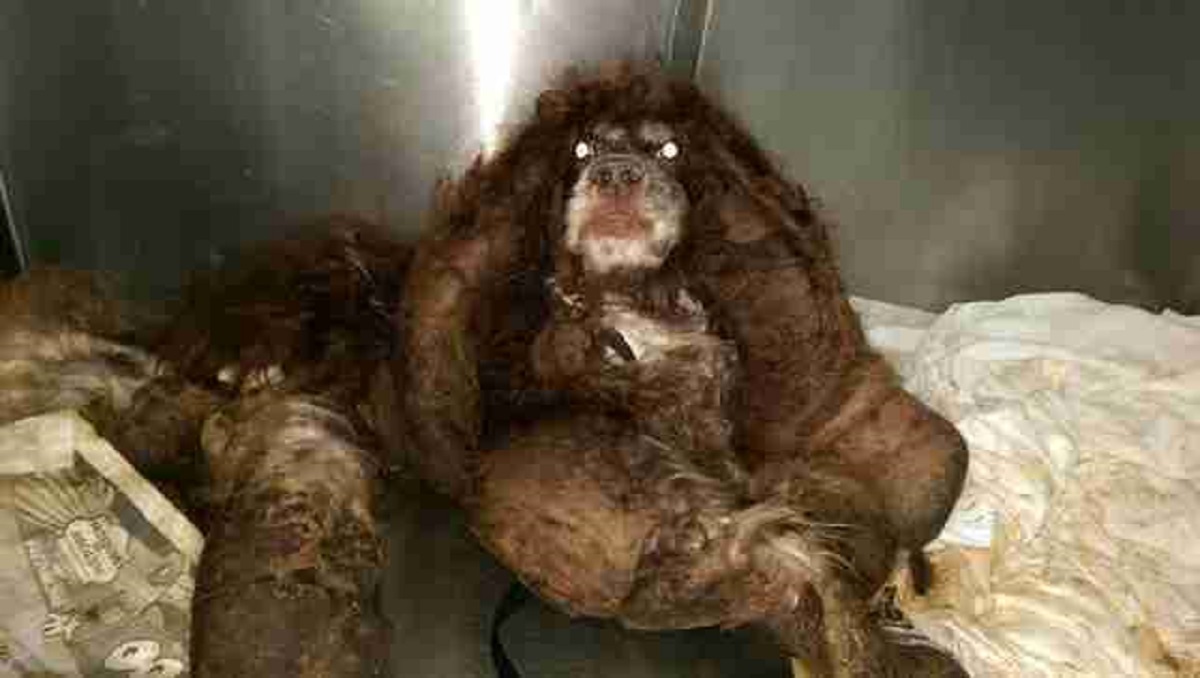 According to Chief Operating Officer of the San Antonio Animal Care Services, Cynthia Martinez, the dog needed to be anesthetized and put under in order to safely remove the mats.   The staff did the procedure and the dog was 6 pounds lighter with the removal of the mat.

Beneath the filthy, tangled fur? One male senior Cocker spaniel that is approximately 8 years old.

The animal shelter shared social media posts about the dog and the neighborhood’s rescue group wasted no time to rescue him.

“He is the worst dog I’ve ever seen.  We wanted to give him a happy life”, said Rebecca Payne of Cocker Spaniel Rescue of Austin and San Antonio.

Payne rushed to the center and picked up the dog.  She was shocked by how thin and tiny the dog was.  It was emaciated that his bones can be seen already.  Even if food was offered, it is more likely that he couldn’t eat because of how bad the mats were.

The rescue team called him Hamish.

According to Payne, the vet suspects that Hamish possibly had lived his life with the matted fur that caused his bad condition.  He had overgrown nails and horrible teeth condition.

After being rescued, Hamish used up the next 14 days in treatment and dental surgery.  Out of the normal 42 dog teeth, he only had 11 left.

These days, Hamish is under Payne’s care as his foster mom.  While he’s still so skinny that he needs sweaters to make him warm, Hamish is eating a lot and is now gaining weight. 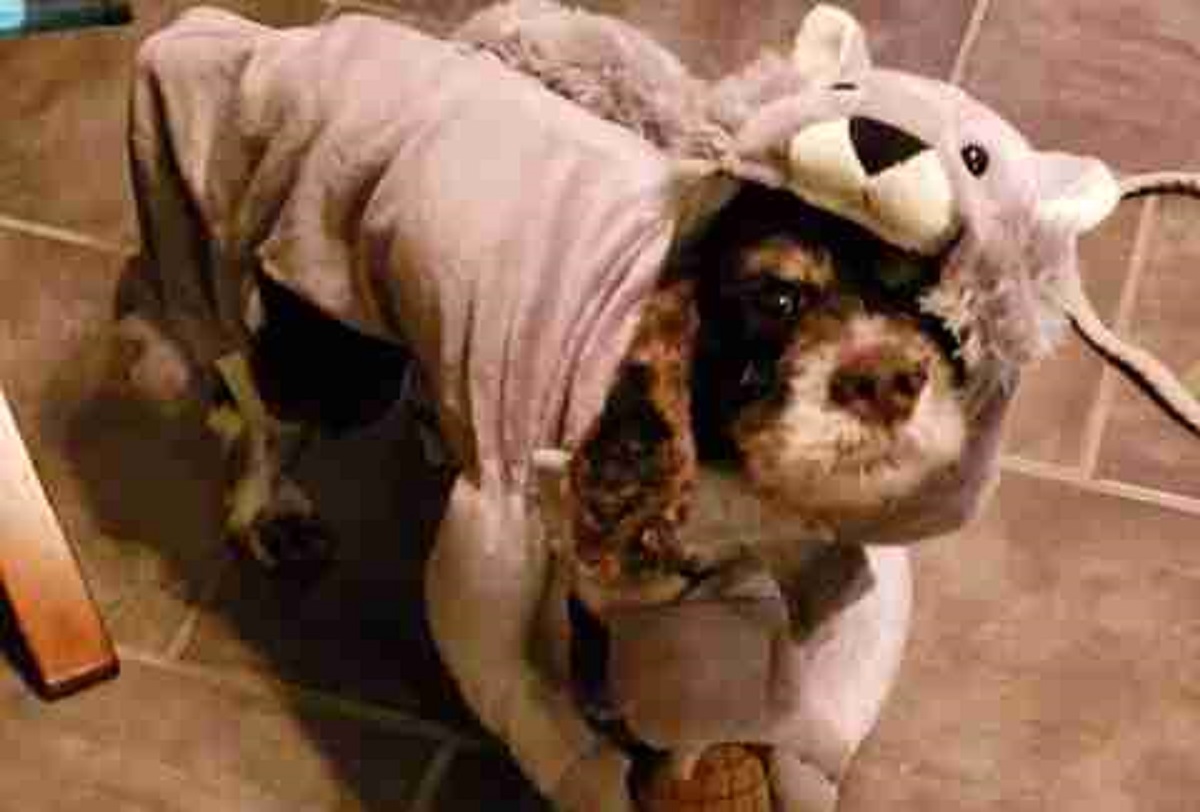 With the matted fur removed, he now enjoys looking at the world and discovering things around him.

In no time, Hamish will be ready for rehoming in Texas and everyone wishes him a great loving family.