DogSeed.com
Home Dog Stories Dog And Cat Battle For A Spot On The Bed
Advertisement 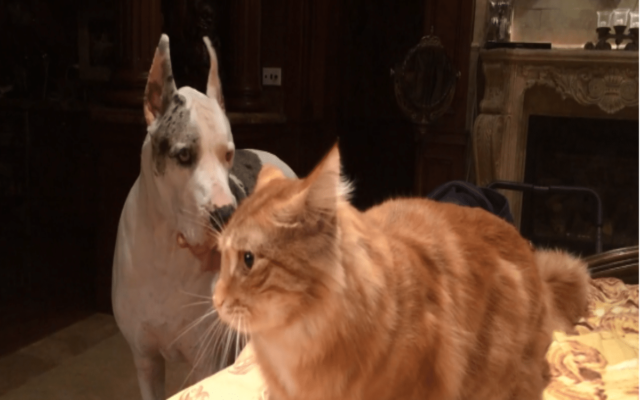 Great Danes are known to be the world’s tallest dog. While they are known as the “gentle giants,” these dogs can be a bit territorial, and athletic if they want to. While these dogs are massive to a human’s eye, these dogs feel that they are the lightest and the most compact best friend you can ever have, because Great Danes love to sit on their owners’ laps.

Max, a Great Dane, himself, lives up to its breed’s reputation – enormous, and noble-looking. Despite the dog in the video looking imposing and feeling territorial, he is actually a well-behaved pooch. But when it comes to his fur-parents’ bed, this canine’s politeness gets thrown out straight to the window. 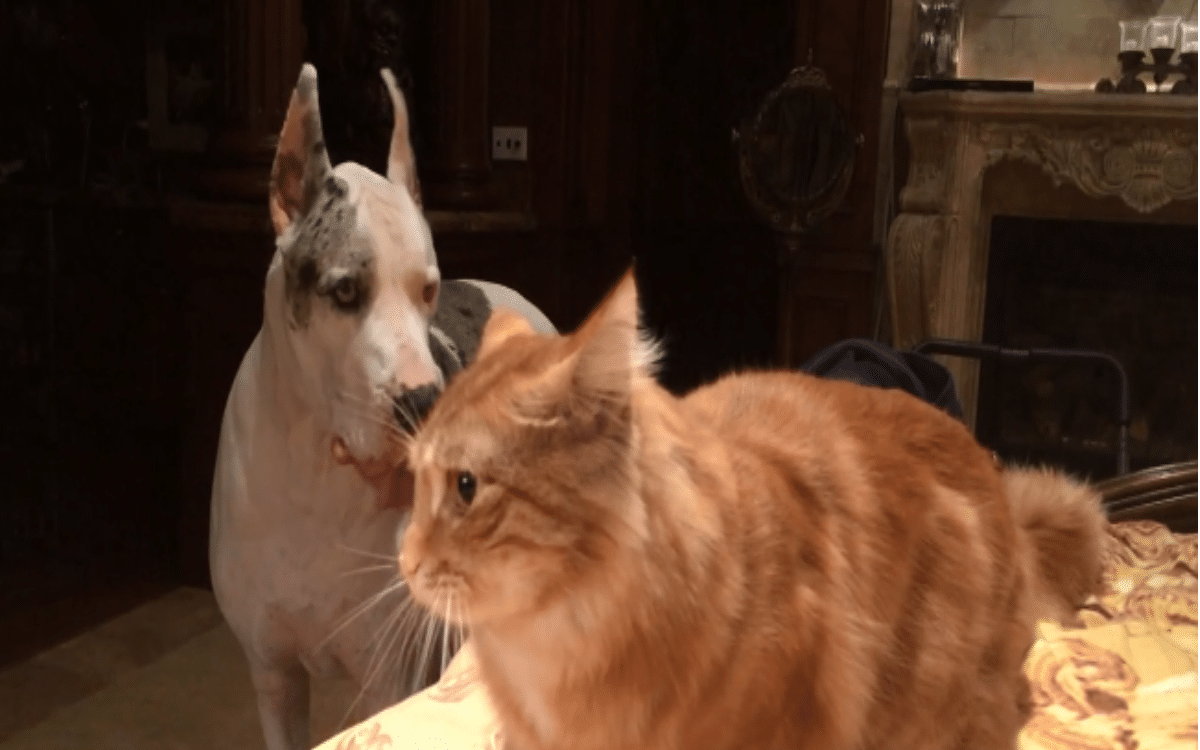 Even though Max loves his humans occupying the bed, he wants nothing more but to be its sole pet occupant. Judging from Max’s attitude, he is actually giving the cat the look. And if anyone can translate what the dog is trying to tell, it is obviously saying that the kitty cat should get out of that comfy bed because it belongs to Max.

But being obstinate as one of the things that cats are famously known for, she simply refuses to move an inch, and all the howling that her fellow pet is doing falls on deaf ears.

While the dog is actually deaf and does not have any idea how loud his bark is, he started barking even louder, as if ordering her to scram, and letting her know that the bark will not stop unless she gets out of his spot on the bed.

And after Max’s efforts and constant barking, the cat had enough of tormenting the persistent dog and went off her way. As soon as the bed became unoccupied, Max immediately occupied it and soon started to doze off.