DogSeed.com
Home Dog Stories When Dogs Bark: Knowing When And How To Correct
Advertisement 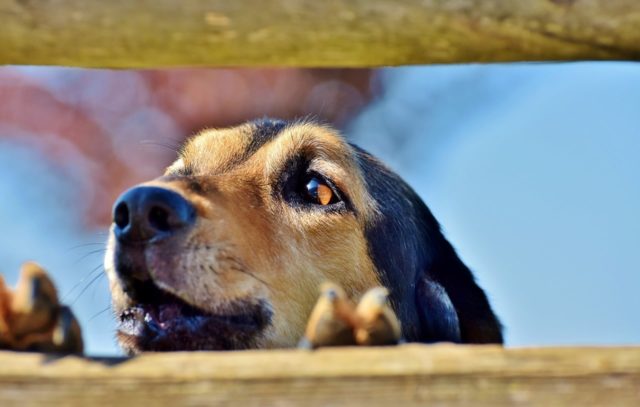 Dogs bark a lot, that’s a given. However, there will be situations wherein nonstop barking becomes a nuisance to people around the neighborhood.

At that rate, people will dislike it so much that it is possible for the owner to be fined. Before dog owners get into the solutions, it is important for them to understand the reasons why their dogs bark.

1. It is their way of communication.

Cats meow, tigers roar, owls hoot, and many more; the animals in the animal kingdom interact with each other because of the sounds they make.

So, it’s obvious that the dog is trying to tell something when it barks a lot. Although people do not directly understand what dogs are saying, they’ll be able to pick up some clues from how the dog barks.

Some dogs will bark a lot when they are demanding for, let’s say, treats, food, or attention. Like humans, it’s their way of saying “Hey! Notice me! I’m hungry!”

Owners can figure out what their dogs want when they stop barking after giving what they want. However, it’s not always the case because some dogs can still bark even after getting their wants.

Dogs have that joyful kind of barking when they are excited. It’s that bark when you know that the dog is not at all angry or not wanting something.

Yet too much excitement, even on small things, can tire people’s ears from the endless barking.

4. They are aggressive or upset.

This is the most common reason behind many dogs’ nonstop barking.

Barking due to aggression may vary yet one good example is when dogs meet other dogs. Their barks become wild, and they often growl.

It’s crazy but it’s true. Some dogs just bark because they want to. They can learn to bark a lot through their environment, especially if there are other dogs barking.

By picking up clues on the dog’s emotions and thoughts, owners can properly correct their dog’s problem barking through these following methods.

1. Teach your dog to minimize barking.

Just like sitting and rolling over, teaching dogs to minimize barking is possible. The idea is that owners should provide a reward every time their dogs stop barking after giving the command such as “Quiet!”.

Also, if you’ve noticed emphasis is put on minimizing the barking. This does not mean that owners should suppress it since it can lead to behavioral problems to their dogs.

This is the easiest trick to stop the barking, because some dogs bark due to another dog, a person, an animal, or a sound.

If owners find that their dogs stop barking after a situation, then it’s likely that they should avoid the situation as much as possible.

3. Consult with the experts.

Asking experts for help is the best fool-proof way to correct the barking problem. Although it may cost some money, it will be worth it.

If some owners find it hard to correct their dog’s barking, then this is the best choice.

There are many reasons behind a dog’s unending bark. Although stopping the problem yourself can be frustrating, you should not result to harsh methods.

Dealing with the problem with worry and anxiety can weaken your connection with your dog. Doing the right way will strengthen your relationship with your dogs.